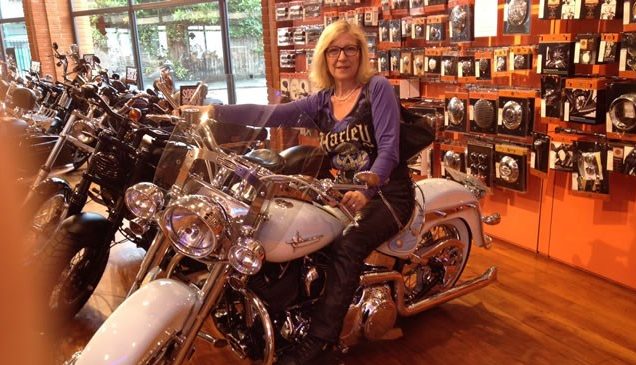 My name is Annette and I am 62 year old. Fourteen years ago I was feeling ever so tired so my GP decided to have blood tests done for this and the results kept coming back with a rather high platelet count. ‘Don’t worry’ he said. But three tests later I was diagnosed with a high platelet count. in 2000 I was told again not to worry and put on low dose of aspirin for about two years and seen every six months by the haematologist. At this point I was not worried, I felt okay. I had hot flushes which I put down to my age at the time (early fifties). Over those years I had quite bad headaches and suffered from migraines or ‘sick headaches’ as I called them. I also had very itchy feet especially at night and the feeling of a stitch in my side or an itch. I was given some cream to rub on my feet which seemed to help. I also occasionally had numb fingers and arms and strange tingling in my legs. Strangely I never put this all together at the time. It was quite random and not all the time. It was also over eight years at different times.

In 2000 I was put on Hydroxycarbamide in various doses starting from 1 every other day increasing then reduced down again over a period of ten years, eventually taking 19 a week. I Also had two bone marrow one in 2005 and again in 2007. I was told I now had essential thrombocythaemia and needed to take a chemotherapy drug it all sounded so scary. I did not want to go on the Hydroxycarbamide as I felt I had managed on aspirin and there was no going back once I started, the side effects sounded so scary. I was persuaded to go on Hydroxycarbamide by my haematologist and husband. Being told if I did not, it would be much harder to sort me out if I had a stroke due to my sticky blood. I felt I have been extremely lucky because I felt ok and had no bad side effects.

Over the last eight years I had also got involved in being a buddy helping to set up the buddy system with Tamara and Nona for MPN Voice. I have been a buddy to six other ET patients. All just seem relieved to speak about their feelings and how they feel.

Meeting other ET sufferers at some of the first patient forums at St Thomas hospital really helped me. I heard amazing speakers telling us about new research and you could speak to other ET sufferers in the break. I suddenly had people to talk to who understood how I was feeling. Meeting other MPN patients was a revelation. People that did not say ‘you look ok’ when I was feeling so very tired. I use MPN Voice all the time. , It’s great to chat to others when feeling down. I met Proffessor Clare Harrison who was so approachable to talk to, along with the rest of her team.

My haematologist retired in 2012 and another haematologist took over his patients but she also retired six months later. I was quite upset as I had started to have an increased platelet count and the consultants started talking about taking anagrelide. I wrote to Guys hospital and asked for a second opinion.

In 2012 I went to Guys to see Professor Clare Harrison’s team.

They gave me another bone marrow biopsy, in fact two about three weeks apart, not very nice but necessary I was told. I now have Myelofibrosis a rare blood cancer. I have been told Hydroxycarbamide is not working any more so I no longer take it at the moment. Ruxolitinib and danazol will be the new mix of drugs once the drug licence allows me to take Ruxolitinib .

Myelofibrosis means that I have immature blood cells in my blood now so I might need a bone marrow transplant but this is all under investigation at the moment. So from years of jogging along quite nicely, I have had the rug pulled out from under me.

I have had to do a lot of thinking and trying to be very positive to look forward. Telling my family that I have got a rare blood cancer and might have to have a bone marrow transplant has probably been the hardest thing I have ever done in my life. Part of my new positive thinking was to go and buy a new Harley Davidson motor bike! I have been riding for 14 years but my new one is awesome!