You are here:
Questions About MPNS 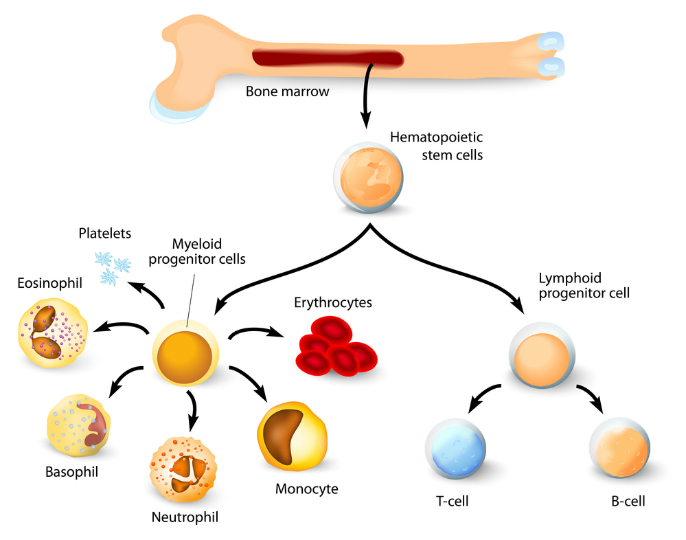 Many people with MPNs wonder what causes these diseases. Some researchers believe that viral infections, exposure to toxins, exposure to radiation or something else may cause myeloproliferative neoplasms by causing a change in the genetic code of the bone marrow cells. Unfortunately current research still does not offer any proof as to what causes these conditions and MPN Voice has funded a preliminary epidemiology study to look at whether there are ways to research potential causes of MPNs. This study is called MOSAICC.

We do know that many MPNs are related to a genetic mutation in a protein in our bodies called JAK2 – a protein which regulates blood cell production. Many people with MPNs show a mutation in this protein.A smaller number of people with MPNs have other, recently discovered mutations such as MPL or CALR.  The common factor to all these mutations is that they make JAK2 overactive. All these mutations occur in adulthood, in other words, people are not born with them but acquire them during their lives.

About 97% of people who have polycythaemia vera have the JAK2V617F mutation, while just 50-60% of people with essential thrombocythaemia or myelofibrosis have the mutation.

We don’’t know why some people who have an MPN have the mutation, and others don’t but it may be that there are other mutations that occur earlier in the process of disease development, and that we haven’t discovered those mutations yet. The most recent research appears to indicate that the JAK2 mutation is a middle step in the development of myeloproliferative neoplasms.

Something disconcerting for many people with these neoplasms is the sense that their MPN may have been caused by exposure to environmental toxins.  While this is possible, there is no scientific evidence yet to prove whether this theory is correct or incorrect. Researchers are exploring whether “pockets” of PV patients exist.  It appears that a number of people living in a small town in Pennsylvania (in the US) have all developed PV.  Scientists want to understand if these people were exposed to environmental contaminants, notably from coal waste, that could have led them to develop PV.  Detailed and reliable information on this issue and the efforts being made to understand is available from the United States Center for Disease Control.

In very rare cases, myeloproliferative neoplasms can run in families. This is rare, so it is generally not something most people with MPNs need to feel concerned about. Researchers in the United Kingdom and researchers at Harvard University and Brigham and Women’s Hospital in the US are researching genetic links in MPNs.

The US researchers are also specifically investigating whether people with Ashkenazi Jewish heritage are particularly susceptible to myeloproliferative neoplasms.