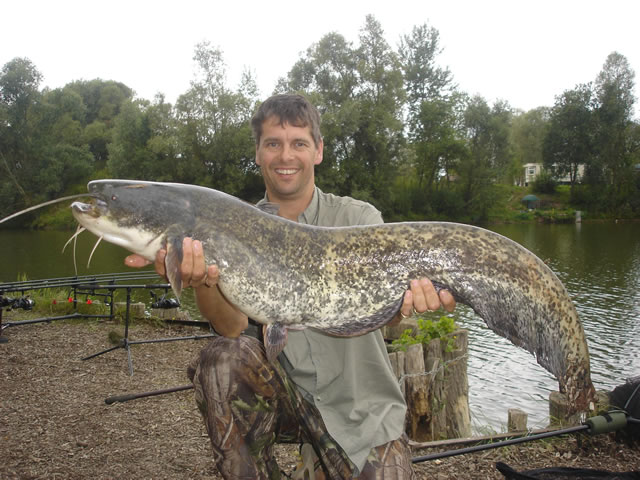 I was diagnosed with ET in August 2000, aged 30. My only symptom at that time was priapism; (wikipedia.org/wiki/Priapism) originally lasting an hour or so and occurring three months apart but gradually developing into 2 or 3 times a week lasting up to 7 hours ! At that time I was being treated by a urologist as it was thought I had a recurring urine infection. I was warned that if a priapism lasted for 8 hours I would probably become impotent. All this at 30 years of age and just 3 months into a new relationship !

Unfortunately, one day my local accident and emergency department could not stop me from hitting the 8 hour mark and I was rushed into surgery to have all the blood sucked out of my ‘man bit’ with a syringe. A scene that was fitting for a Carry On film ! I also had to have a muscle contracting drug ‘Ephedrine’ which I was warned could lead me to have an immediate stroke/heart attack if I clotted so I had to stay awake during the procedure to be monitored. That still remains the worst moment of my life! After a few worrying weeks, while all my ‘precious bits’ went black then purple I am glad to say that normal service resumed and I was referred to a different doctor.

Thinking I was to have more tests for a possible wheat infection you can imagine my shock when the doctor turned to me and said ‘Hello, you have blood cancer, I need to take a biopsy !’ Starting on Hydroxycarbamide and aspirin, I attended hospital regularly and my 1000+ platelet counts reduced to 300 – 350. Every time my count rose near to 350 my medication was raised. I don’t know whether it was the Hydroxycarbamide or ET that made me so tired, fatigue has been my biggest problem since 2000. I also started having lots of digestive problems, my meals would go straight through me some days, I had nausea each morning and I developed a tremor in my hands. My doctor would not agree that any of my side effects were caused by ET or Hydroxycarbamide. He suggested that ‘if I didn’t like it I should stop taking the tablets and see what happened’ and advised me ‘if my ET didn’t kill me, then taking Hydroxycarbamide for 25 to 30 years would’. In 2005 I suffered another priapism, my first in nearly 5 years nd my Hydroxicarbamide was raised again. By this time information on ET was more available on the web and I decided to seek a second opinion. My new doctor was happy to take on board the knowledge I had gained from my research, ordered a JAK2 test and started me on B12 injections, which gave me a ‘boost.’ He also acknowledged for the first time that my chronic fatigue was linked to my ET but advised me there was no alternative drug available.

In December 2007 I was advised that I was JAK2 negative. In February 2008 I had another priapism and in June 2008 I had to have a ‘pigmented skin lesion’ removed from my eyelid, which the surgeon was sure was connected to ET/Hydroxycarbamide. By October 2008 my ‘essential tremor’ was quite bad and I was referred to a neurologist who confirmed that my tremor was also connected to ET/Hydroxycarbamide. On average my counts were just under 400.

In November 2010 I decided to attend a patient forum at Guys and St Thomas’ Hospital, London and it opened my eyes to find fellow MPD sufferers and consultants who had a genuine interest in helping them. It took me 7 months to persuade my consultant/GP to refer me to Guys Hospital but I am so glad that I persisted. Here I experienced the first doctor who actually seemed to understand my condition and was prepared to look at other options for me! I switched to Anagrelide and many of my side effects disappeared – I no longer had nausea in the mornings and actually started to have some ‘good days’ where the tiredness was bearable. I also found out that I was JAK2 Positive – not Negative!! One of my main reasons for wanting to go to Guy’s Hospital was to support and take part in all the research work they are doing for MPN’s. I was part of a clinical trial SAR302503 which did not go well for me but if given the opportunity I would go on another trial.