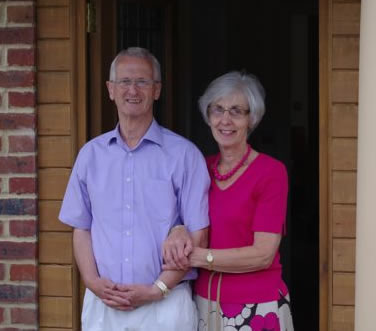 Brian 74 writes on 20th February 2014 I was due to have the first of two operations on my knees. Accordingly, I had a pre-op examination three weeks before. On the day after the pre-op I received a phone call from the hospital to say that the operation had been cancelled because I had a very high platelet count in my blood (it was over 1100). I thought it was because I had had a recent chest infection, but the nurse told me it might be more serious than that. This was the first indication I had that I might have a problem. I was told to speak to my GP immediately.

My GP arranged for me to have another urgent full blood test  which I had the following day. On the Saturday morning,(yes, Saturday morning!), I had a phone call from my GP saying the count was still over 1000 and I was referred to a haematologist.

A few days later I had a phone call from the hospital to arrange an appointment but as I was about to go away on holiday in a few days I suggested I had the appointment when I returned home. (I was in no hurry because I was feeling so well!) The appointments secretary was not happy about that and went out of her way to get an appointment for me before I went away. She said it had to be within a fortnight of her receiving the request. This started alarm bells ringing! I knew that that was the rule for suspected cancer!

After a lengthy examination and consultation, I was sent for a bone marrow biopsy which revealed that I had ET (JAK2+).

Up to this point the word ‘cancer’ had never been used. I was told that the good news was that it wasn’t leukaemia. As someone has said, it was good news, but not that good. Or to put it another way, it was bad news but not that bad.

It was only later, mainly through visiting the MPN Voice website, that I discovered that ET was a very rare blood cancer, incurable but treatable.

I am still in the process of having my blood stabilised but I am nearly there.

I think I have been very fortunate. It was 6 weeks from the first indication that there was a problem to my diagnosis.

However, I think I have had the disease much longer.

Twelve months earlier I had a routine operation to remove a small ‘lump’ from my neck. It wasn’t serious but biopsies had been inconclusive. After the operation I was subject to extensive bruising on my neck, spreading to my shoulder, my chest and my back. I had not been warned of any such bruising although I had been told of other ‘risks’.  After the operation, the ward nurse was surprised at the bruising, which started so soon after the operation. I didn’t think much about it at the time but I am now convinced (although I cannot prove it) that it was a result of having a high platelet count that had not been picked up before the operation.

So how do I feel? Very tired! I consider myself to be very fit,  I taught PE, football and swimming for 40 years. I do a lot of fell walking, swimming and running but now I have to adjust my life-style! I even fall asleep watching football on TV! How awful!

So what about my knee operations? Now that my blood count is almost stable, I have been referred back to an orthopaedic surgeon and hope to have the operation very soon.