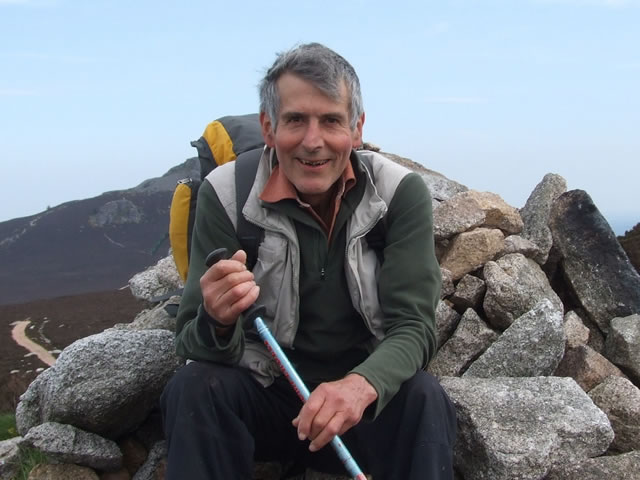 Having apparently been very healthy for many years, around my 69th birthday in 2013, I began suffering from a series of colds/catarrh which seemed difficult to shake off. This was then followed by a severe attack of vertigo and vomiting and the backs of my hands also appeared much redder than normal.

My blood pressure was found to be high, but this is now successfully treated with felodipine. My GP suggested the vertigo was down to an inner ear infection but asked for a blood sample to check for other possibilities.

The results showed a platelet count well over 1000 and she referred me to a haematologist in Aberdeen. After a very useful discussion with the haematologist, who detailed the condition’s aetiology and set out clearly the pros and cons of treatment, hydroxycarbamide was prescribed, initially at 500mg per day.

Testing for the Jak2 gene showed this abnormality was not present. For the first few days of treatment, my gut flora was obviously somewhat surprised, so faecal colour and frequency were abnormal, but this cleared quite quickly. The first subsequent blood test showed a limited reduction in platelet count, so the dose was raised in stages, to its current level. My platelet count now seems to have stabilised at around 480/490. This is higher than is ideal, but the haematologist suggests that increasing the hydroxycarbamide dose would negatively affect my haemoglobin levels and a further reduction in platelet count would not make a major difference to my risk of a stroke.

Apart from a raised median cell volume, there have so far been no significant side effects of the treatment. Having previously been quite fit physically may have helped, as has continuing with a lot of exercise and eating what is generally agreed to be a healthy diet with relatively low meat/cheese and high fruit/vegetable/soluble fibre intakes. Oddly, my appetite seems to have increased, but digestive efficiency presumably) decreased, so I am eating more but have not put on any weight.

The condition has not so far had any real effect on my lifestyle. I celebrated my 70th birthday with a 12 mile walk/800m climb up Lochnagar.

Breathing and talking simultaneously on steeper sections was possibly a bit more difficult than in past years, but that could just be age!

I have probably been very lucky here, getting the diagnosis very rapidly, having an excellent group of haematology specialists in Aberdeen and responding to treatment without significant problems.

Realising one has cancer is a shock, but essential thrombocythaemia does appear to be one of the more reliably treatable forms, so I would encourage anyone facing this diagnosis not to be too disheartened. Talk to your specialist, ask lots of questions, work out what is best for you and carry on with your life.