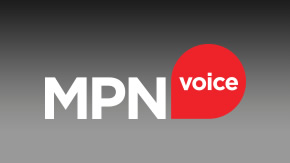 I would like to share my story. About 8 years ago, while on holiday in Spain, I started to have daily headaches which I blamed on the stress of being driven to and around, too many busy cities in a fortnight. I also began to experience a flash of bright light when opening my eyes during the night or first thing in the morning. Aspirin worked, but only for 24 hours. Over the next few years occasional, sudden and disconcerting dizzy spells occurred, each one lasting for seconds or minutes, and occasionally for longer. Again I discovered that aspirin quickly relieved the symptoms. I was tested for Meniere’s disease, saw two neurologists and had a cardiac check, each time having been referred by my GP. Eventually I accepted the diagnosis of “Vertiginous migraine”.

At my GP’s suggestion I also tried various well known remedies for migraine. Nothing worked except for Aspirin Extra. Occasionally I struggled a bit with my speech but I knew this to be a symptom of migraine. It was only when I was speaking on the ‘phone one day and couldn’t form any words, that my husband, who by chance was at home that day, took me to accident and emergency at the hospital. After very extensive tests, I was told that my platelet count was over 1000, that I had had a silent heart attack at some stage, that I had a blood clot on my heart , and that I had probably had suffered a slight stroke.

Several days later, while still on the stroke ward, I learned that I have ET caused by a mutated gene (Jak 2). The worst moment was seeing the Macmillan Nurses symbol at the top of the information sheet given to me by a haemotologist,  suddenly realising then that this was a form of blood cancer! Since then, on a daily diet of aspirin (my Life-saver), bisoprolol, hydroxycarbamide, omeprozole, warfarin and a statin, I can honestly say that I feel great, relieved to have no more daily headaches and no worrying threat of sudden dizziness.

My only regret is that ET wasn’t diagnosed before my heart was affected. Still, I expect to live for many years to come. And, after all, LIFE is terminal!