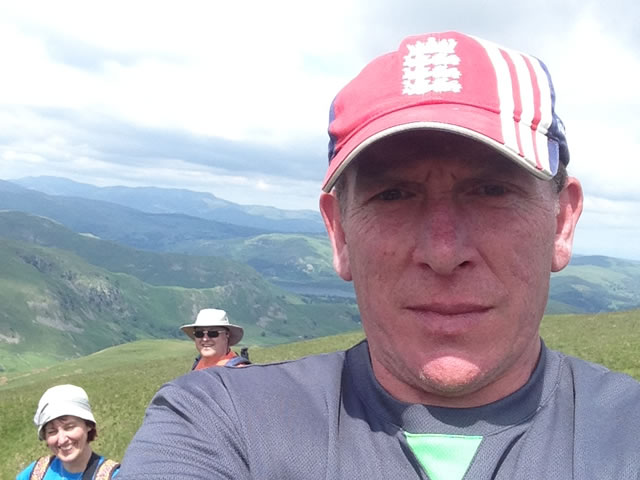 I was diagnosed with polycythaemia ruba vera and essential thrombocythaemia five years ago. This was due to a blood test for something totally different and a complete fluke. A number of friends said I had looked very red and not well and I also had some health issues which I didn’t associate with the condition. However without the blood test I would never have known, and as I understand, was at risk of heart attack or stroke.

Unfortunately I went on the internet and saw on some websites that I’d probably have 8 to 12 years to live. My consultant told me this was rubbish and once the complaint was managed I shouldn’t worry about such things. It was only later when I saw another internet site, I understood that the reason for this prognosis was people didn’t usually get these conditions until they were in their later years and therefore maybe only had about 10 years to live anyway. As I was only 48 when diagnosed this was good news!

I had a number of months with blood being taken, but since then, most of the time my complaint has been managed with Hydroxycarbomide and aspirin. More recently I have had some venesections as my red counts and haematocrit randomly rises now and again. At first I was very frightened and concerned, but over time this has eased somewhat, largely due to the great staff at the NHS hospital I attend, who look after me with great care.

There are still times when I feel unlucky, or a little depressed about my condition, but overall I feel blessed that through good fortune it was discovered. I am currently in training for a half marathon, and still sometimes play cricket (very badly), and I have to be a little careful as I bruise so easily.

5 years on from initial diagnosis I live a happy normal life with the love and support of my fantastic wife, who happens to be a trained phlebotomist and sometimes takes my bloods. I also have 2 grown up kids, who are training for a half marathon to raise money for MPN Voice.