You are here:
MyelofibrosisPolycythaemia vera 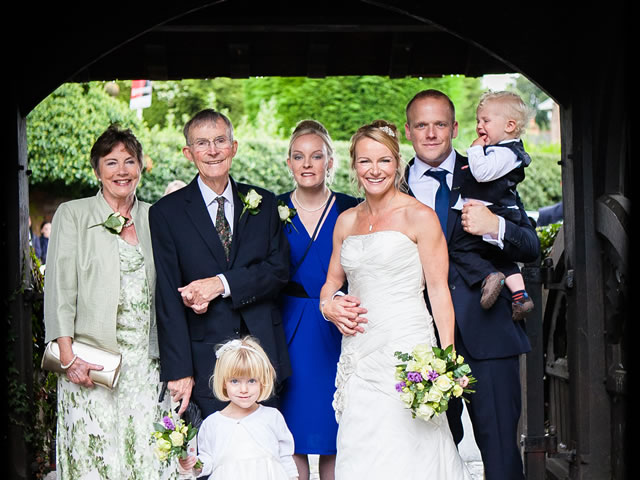 I was first diagnosed with polycythemia vera when I was 46. I am now 74.The discovery of the disease was quite by accident, although I had not been feeling very well. I was due to have a minor operation and a blood test was taken. It was found that my blood was quite thick and I had to have venesection fairly quickly. After a few visits to the Haematology Department in Croydon, (where we were then living), my blood levels returned to about normal but I continued with venesection for some time before I was treated with hydroxyurea. By this time my spleen had grown quite large. Hydroxyurea kept things under control for several years and when I was sixty we moved to a village near Chard in Somerset. I then received similar treatment at the Haematology Department at an excellent hospital in Taunton.

About six years ago I was asked to have a sample of bone marrow taken and this showed that the disease had progressed to myelofibrosis. I continued with hydroxyurea but in the early part of 2012 I was advised that the disease had progressed and it was highly likely that I would not see the Christmas of that year. I had a great deal of fluid build-up and I looked as if I was 9 months pregnant. This was drained off successfully. By this time I was becoming less mobile and when necessary started to use a lightweight wheelchair that was easily carried in the boot of our car.

Three years ago I was advised that trials were taking place to assess a new drug, Ruxolitinib and I was fortunate to be referred to Guys Hospital and after a short wait it was felt that I was an ideal candidate for the trials; as a matter of convenience I was referred to University Hospital, Cardiff. After an examination and discussion I was offered a trial place but a week later I heard that the drug would be available at Taunton without me being on a trial. I started on the drug in June 2012 which had an immediate effect and I started to feel much better and my spleen reduced in size. I was so well that I was able to attend my eldest daughter’s wedding in September 2012 (see photo – I am the old codger on the left!). I do suffer from fatigue and aching in the bones of the upper part of my legs. However, my wheelchair helps enormously. I use it as a zimmer and when I become tired my wife pushes me. Fortunately, I don’t weigh too much. I have an additional problem in that I suffer from diverticular disease and in many ways this inhibits my activities.

I am doing well. I have good and bad days. When I have too much bone pain I use Tramadol, an excellent pain killer. This is a brilliant drug and during the latter part of the day I feel really good and I am able to get about more, particularly to Lyme Regis for an early supper.

The key thing is how long Ruxolitinib will keep me going. As many know this drug is so new that this is an unknown area. However, it is still working for me albeit I suffer more from fatigue and bone pain. I feel very fortunate that I am still going well at the age of 74 and look forward to toasting my 75th birthday. (I have been advised not to drink alcohol as it doesn’t really agree with me but a celebratory sip will probably do me the power of good).