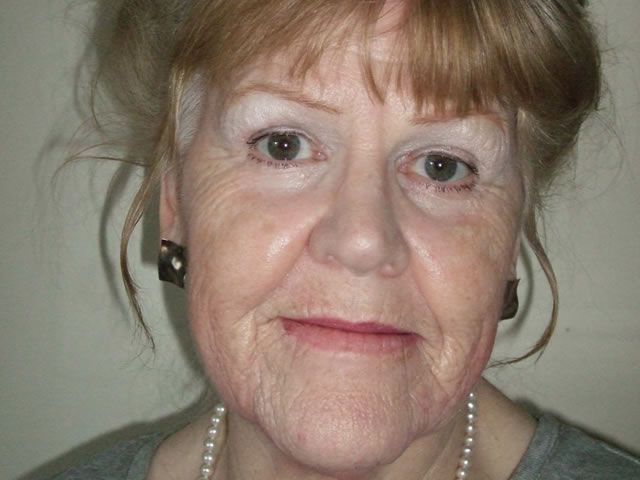 At 59 I was looking forward to retirement and all I was going to do. It was summer term at the college where I worked and we were busy doing invigilating for all the exams. Three times in a week my ankles swelled up after standing for long periods. The third time it happened I limped to the doctor who said this is often a sign of something else and she would do a full blood test. Two days later she phoned and said I had too many red blood cells and she was making me an appointment at the local hospital. 12 weeks later I was told I had probably had PV and they would do a bone marrow test the following week to confirm. I was so shocked I’d never heard of it.

For the first 5 years I was treated with venesections only. As my platelets began to climb higher to 600+ I was put on hydroxycarbamide with no bad side effects from that. I do have bad itching that gets me down sometimes but I do voluntary work giving reflexology to cancer sufferers at a cancer ‘drop in’ centre. It does you good to see people worse off than yourself. It makes you feel lucky.

You have to try and manage the tiredness which seems to be common with MPN patients. Try to find ways of taking a break at work and walk around for a few minutes, exercise really does help. I find diet makes a difference too, so now I try to eat a healthy meal every evening and have increased the amount of vegetables I eat. If you can, join a support group as there is nothing so helpful as speaking or emailing someone who knows just how you feel.

All in all I think the future looks bright for MPNs and there’s a lot of helpful material on the internet too. I contacted Macmillan to point out that they don’t have anything about MPNs in their blood cancer literature and got a reply to say now it is recognised as a true cancer it will be included in the future.

Will
December 9, 2015
Living With MPNs
Recent Posts
Go to Top