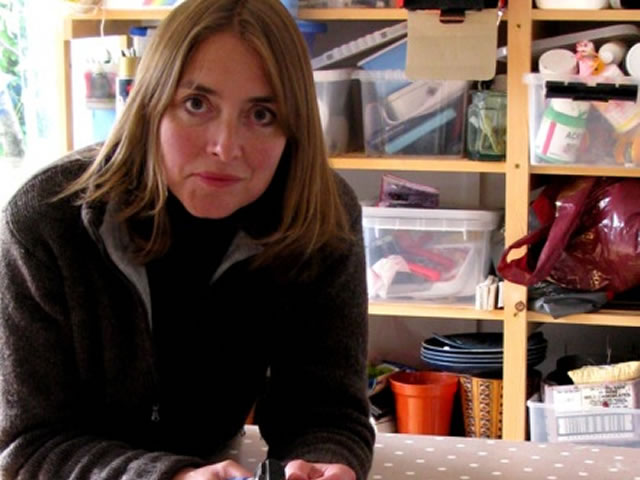 I was diagnosed with Myelofibrosis when I was 33 years old, just six weeks after the birth of my eldest daughter who is now 14. A few weeks after the birth, I had noticed a lump in my stomach and asked my GP about it. After scans and blood tests and bone marrow biopsies, the lump was revealed to be an enlarged spleen and the diagnosis myelofibrosis. I remember being completely devastated by the diagnosis – with a new baby and the prospect of one day needing a bone marrow transplant. Doctors couldn’t really give me a timescale for the illness, so the diagnosis hung over the family like a dark cloud. Looking back over the past 14 years since the diagnosis, I have been well and largely unaffected by the illness in terms of bringing up a young family and working. I have had regular blood tests but a huge amount of worry and an ever enlarging spleen. With lots of medical support, we went on to have a second daughter while I was well. She is now 11 years old.

Over the years, my blood counts were trending downwards and 18 months ago, one of the doctors suggested a review with a new bone marrow biopsy and a trip to see Professor Claire Harrison at Guys Hospital in London. Professor Harrison told me that the disease was showing signs of becoming aggressive and that it was time to consider a bone marrow transplant within the near future. Again, this was a huge blow and very daunting. My husband and I considered the options and decided to go ahead with the bone marrow transplant but wanted to play for time. It was a very difficult decision as to when the transplant should happen – not so soon as to be putting myself in harms way but not too late so that I should become very ill.

My local haematology consultant, with the recommendation and backing of Professor Harrison, applied for funding for me to take the new trial drug Ruxolitinib to reduce the size of my spleen which was by now very enlarged, and to give me some more time before the transplant. I was lucky enough to get funding for the drug. I was full of trepidation about starting on the drug due to possible side effects – but I was lucky to tolerate it very well and stayed on it for over a year. There were two side effects – one was weight gain – but the other was an end to monthly hormonal migraines – which was an unexpected bonus.

After much deliberation about the date, on 5th May 2014, I started treatment at the Bristol Haematology and Oncology Centre in the excellent hands of Dr. Stephen Robinson and his team for the bone marrow transplant. It is early days, I am now day +49 as I write this. It is definitely a long road, but I am getting there.