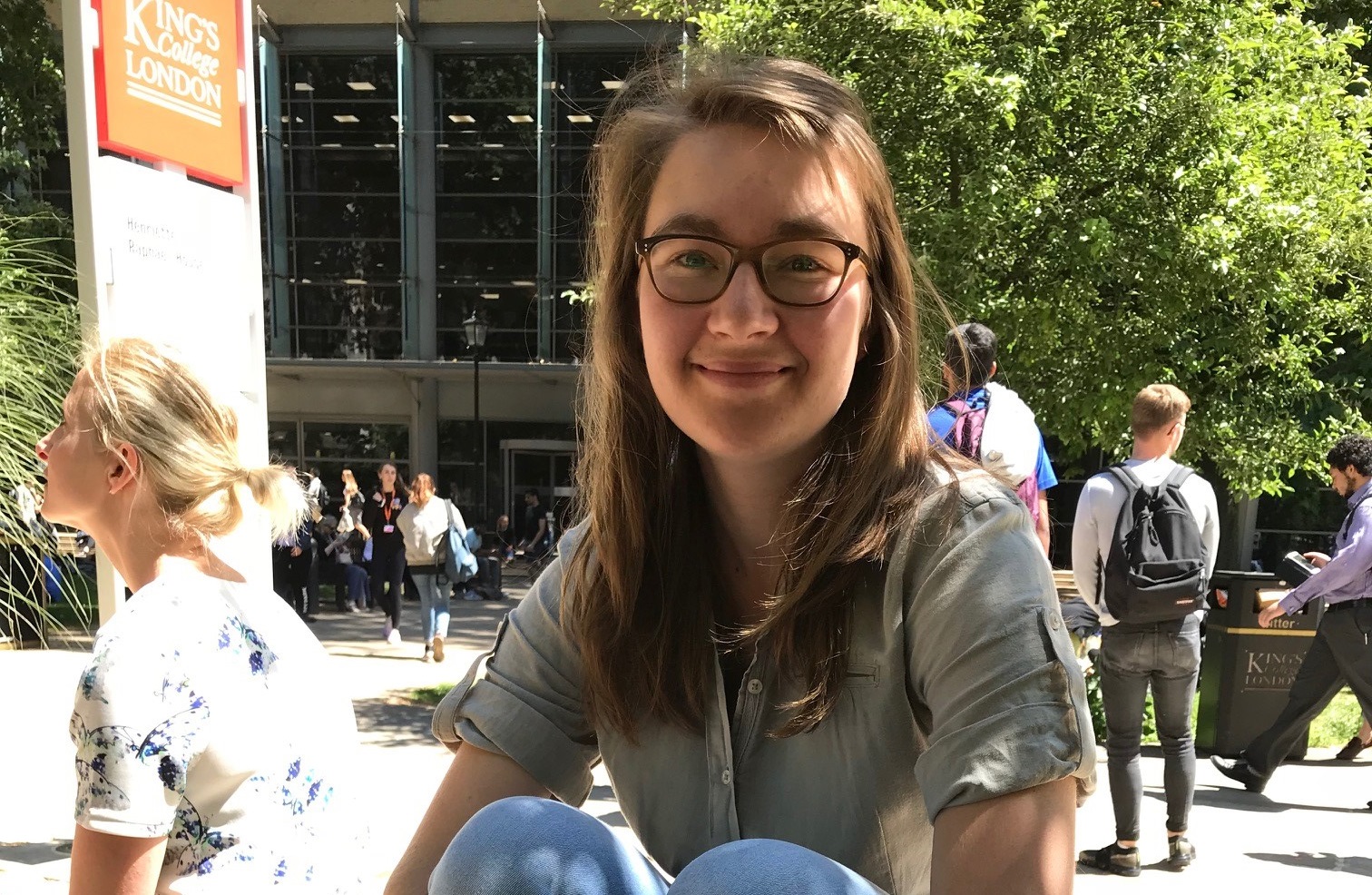 Fatigue is a common symptom of MPNs and can be a significant challenge for patients.

In a leaflet entitled ‘Fighting Fatigue’, MPN Voice lists the many ways in which fatigue can be experienced, from a lack of energy and inability to do ‘everyday’ tasks through to difficulties in concentrating, thinking, and making decisions. Disruption to sleep patterns, dizziness, and lightheadedness can all exacerbate fatigue and contribute to a cycle of exhaustion that is often difficult to break.

The charity goes on to say that multiple factors contribute to fatigue, including the disease itself, medications used to treat MPNs, and changes in blood counts.

Interestingly, however, they acknowledge that fatigue does not always correlate with blood results and can occur in patients with ‘high risk’ and ‘low risk’ disease, and those with uncontrolled cell counts as well as those ‘normalised’ with treatment.

I’m sure you’ll agree there is nothing more perplexing than going through a rocky period of symptoms and receiving a print out of your latest test results which reveals all is “fine” or “stable”. Whilst thankful nothing is going awry, there is often an undercurrent of exasperation that you can’t point to a number and say, “Look! I told you I was struggling this week…”.

Whatever the catalyst, fatigue is a widely recognised symptom of MPNs that can have a big impact on patients’ lives.

I was having a conversation recently with a fellow ET patient who drew the interesting distinction between “tiredness” and “fatigue” with the latter, they suggested, exclusive to those with a chronic disease. I hadn’t thought about this before, but it is an important distinction to make given that people who don’t have MPNs experience tiredness too. Communicating differences in experiences can be challenging, especially when there’s a tendency to play down a lack of energy or strength given their universality.

Of course, there’s always a spectrum of experiences and we can’t really know what it feels like to walk in another person’s shoes. But from the conversations I’ve had with fellow patients over the years, and from the articles and videos dedicated to the subject, there’s consensus around the severity and effects of fatigue in MPNs.

For me personally, fatigue – like other symptoms – is very unpredictable. I can go through spells without it. And then other periods where it comes and goes quite regularly.

I’m sure you have your own memories of when you’ve been particularly affected. I’ve written previously on this blog about walking round a museum with friends and suddenly feeling like I’ve hit a brick wall and having to slope off to the nearest bench.

I can only liken it to running out of petrol. There’s no progressive decline in the fuel gauge warning me I’m close to empty. It just hits me, out of the blue.

I can, however, predict when it’s most likely to happen.

When I’m on my period.

If I’ve had a late night or early morning alarm.

And during weeks filled with work deadlines and social activities.

It doesn’t just manifest in an inability to be active or complete daily tasks either. It can be something as simple as feeling like you can’t engage properly with family or friends. Like your head’s stuffed with cotton wool and you can’t follow the thread of a conversation. A need to check-out by watching tv, sitting quietly with a book, or scrolling through social media.

If we were shop doors, we’d have signs saying, “Gone for lunch, back later”.

Over time, I’ve come to realise that it’s a case of finding ways to manage, rather than eliminate, fatigue. There’s no magic bullet but there are ways of trying to cope with it and keep it at bay.

On the MPN Voice website, the charity lists lots of suggestions, particularly in the workplace, such as negotiating short breaks or working part of the time from home. They also outline Professor Ruben Mesa’s top ten tips, which range from eating well and reducing screen time to stretching and swimming.

I’d like to finish by focusing on three of his tips that have proven really beneficial for me.

The first is getting enough sleep – and, I would add, trying to get into a regular sleep pattern.

Of course, this is easier said than done, depending on your profession and family obligations. It’s something that was recommended to me when I was plagued with migraines through school and I have attempted to stick with ever since. There’s no doubt that if I have a late night, I tend not to sleep as well, and my symptoms are noticeably worse. For example, there’s a high chance of visual disturbances the following day or the pain in my head will reappear. Reading a few pages of a book or magazine before bed also helps me. Cutting out the blue light of screens and falling into a quieter ‘Zen’ mode. Or that’s the theory, anyway!

It can be difficult to say no to friends or colleagues if they suggest an outing or activity that you know is going to prove difficult or lead to an increase in symptoms. Occasionally it’s not a case of pulling out altogether, but trying to rearrange other commitments around that date so as not to over commit yourself or put yourself under too much pressure. On other occasions, you might say you’ll go for the first half but depart after a certain time.

It’s about finding a balance and we’re never going to get it right all the time.

I’ve lost count of the number of times I’ve had to say I can’t make a meal, concert, or party because I’m not feeling well or know it’s a sure fire catalyst to an avalanche of symptoms. The feeling of guilt, disappointment, or ‘fear of missing out’ never gets easier. But being mindful about sleep patterns and trying to establish a regular routine often has to take priority.

The second of Professor Ruben Mesa’s tips which really resonates with me is walking.

If you’re a regular reader to this blog, you’ll know that cardiovascular exercise was a consistent trigger of migraines with aura for me, albeit in my pre-MPN diagnosis days. As a sporty person, this was one of the most difficult things to come to terms with – and still is. But I’ve never felt keen or able to try running or tennis again for fear of causing an aura. But in its place, I’ve really enjoyed walking.

A daily walk is one of my staples. I definitely don’t feel myself if I don’t go for a walk. It gets you out in the fresh air, is a form of gentle exercise, and clears the head if you have thoughts whirring round and round. I tried getting a pedometer to measure my steps each day, but found I became too obsessive about reaching the famed 10,000 mark! It also took away from enjoying the walk itself and taking in the sights and sounds along the way.

On days when I am struggling with fatigue, it often helps to try and push through by doing a very short walk. This could be as short as round the block or round the village. But even when it feels impossible to get going and like the sofa is the best place to be, just putting one foot in front of the other slowly begins to help. And afterwards, I feel better – physically and mentally – for having done it.

The third and final of Professor Mesa’s suggestions, which is closely linked with the previous one, is going outdoors.

For me, this is realised through regularly playing golf.

I’ve played since I was 4 or 5 years old, and it has always been my ‘main’ sport. Fortunately, it’s gentle enough to not count as cardio and guarantees a lovely walk in nature. Spotting birds and other wildlife, feeling the sun on my face, and the mindful practice of hitting a golf ball, finding it, and hitting it again, all make for a perfect afternoon away from the desk or computer and contribute massively to my sense of wellbeing.

In a recent interview with broadcaster Iona Stephen, Martin Slumbers who is Chief Executive of the R&A – one of golf’s leading governing bodies – said that part of his mission was to change perceptions of golf as “middle aged, grey, and male” to one that is more inclusive and expresses the game as “good for your mind and good for your body”.

I’ve put a link to his interview on YouTube at the end of the blog as it beautifully captures this idea of golf as beneficial for both your physical health and mental wellbeing. Filmed on the idyllic seaside links of Crail GC on the east coast of Fife in Scotland, the short video showcases some of the amazing locations and places the game can take you to.

A bonus is that it can really help with fatigue. I often play just 9 holes – a quick loop that comes back to the clubhouse and doesn’t take more than 2 hours at most. Golf’s popularity surged after the national lockdowns in the UK as a sport that allowed you to be outside and enjoy safely with others. If you’ve never tried it, I’d highly recommend visiting your local course or driving range, and giving it a whirl. And if you do play, not keeping score can be a recipe for success!

On difficult days when I don’t feel up to either walking or golf, a great substitute is listening to BBC Radio 4’s Ramblings with – national treasure – Clare Balding.

It’s such a meditative programme and enables you to follow Clare’s walk with a guest through stretches of the British countryside or coastline. If you don’t feel like you can get outside, imagining yourself walking alongside them and picturing the landscape and wildlife they encounter along the way is a perfect alternative. All episodes are available on BBC Sounds, and with a back catalogue of 285 at time of writing, there are plenty of audio rambles to whet your appetite.

Fatigue isn’t something you can turn on or off.

And it’s often about listening to your body on each given day.

But sharing our experiences and strategies to cope with fatigue is a great first step. And enables us to have some kind of ownership over our MPNs when so much feels out of our control.

If you’d like to get in touch with Alice about this topic or any of the ideas or experiences raised in her previous blog posts, you can contact her by email at: info@mpnvoice.org.uk

Thinking about and sharing an MPN diagnosis
January 18, 2022
About Us
Recent Posts
Go to Top