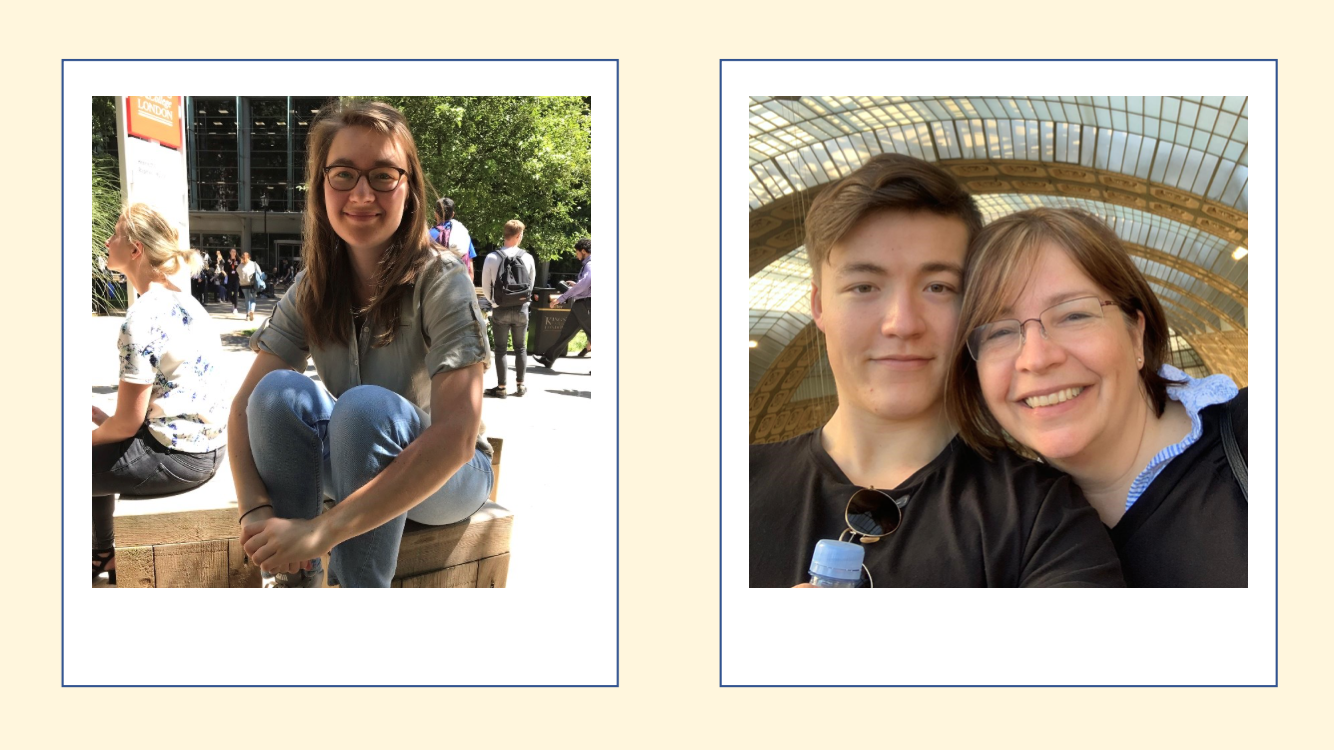 If you’re a young patient, I am sure this will be very familiar to you.

Googling ‘what is an MPN?’.

This might initially be in the build up to, or the aftermath of, your first haematology appointment.  We’re often warned ‘don’t Google your symptoms’, but sometimes the pull of the web is just too strong to resist; particularly when you hear a nurse or consultant utter the strange sounding phrase ‘Myeloproliferative Neoplasm’, and realise, in somewhat disbelief, that they’re talking about you.

On stumbling out the door post-diagnosis, you convince yourself that you have ‘no option’ but to jump on the internet.  To put an end to the uncertainty and find out what exactly is going on.

A few taps on the keyboard later and up pops hundreds of webpages.  Sites all promising to shed light on the issue at hand.

You click from one page to the next, reading every organisation’s definition of what is an MPN.

And then, that slow, sinking feeling as you cast your eye over each entry.

‘Diagnosis typically over the age of 50’.

There, writ large in front of you, is an unmistakable trend.  A rapid realisation that MPN patients don’t usually look like me.

It’s not simply that initial scroll after diagnosis either.  6 years in and I still occasionally find myself typing ‘ET’ into my iPhone’s search engine.  Just a quick check, I tell myself, to see if there have been any updates or new papers published.  To see whether the goal posts have suddenly been redrawn and actually, being a young patient isn’t so unusual after all.

Maybe, like me, you have a handful of articles saved on your computer and bookmarked on your phone that address young people and MPNs.  Chances are, if a charity or organisation has published a video, interview, or blog post on the subject, you and I will have jumped at the opportunity to watch or read it.

Finally, someone addressing our ‘elephant in the room’: why are we bucking the trend and are there any other young patients out there?

It is because of this experience that I am really delighted to be joined on the blog this month by Professor Claire Harrison, Prof of Myeloproliferative Neoplasms and Clinical Director at Guy’s and St Thomas’ Hospital (GSTT) in London.  I have been under the care of Prof Harrison and her team for the last few years, and it doesn’t need me to say that Claire is a world-renowned expert in the field of MPNs.  In the image above, Professor Harrison is photographed alongside her son Henry who has raised over £5,000 for MPN Voice and been part of some of the charity’s events.  I’m thrilled she has agreed to answer 10 questions about young patients, and fingers crossed that, like me, you find her responses interesting, informative and filled with hope for the future.

A: Hello Professor Harrison. Thank you so much for joining me on the blog.  My first question is, how prevalent are MPNs in patients under the age of 35?  Both in the UK and worldwide?

C: Hey Alice, just to start by saying congratulations and thank you for this blog… To answer your question… The most common is ET which tends to occur in young females (ring any bells Alice) and for PV the statistic we have is that 20% of patients are less than 40 years and for MF this is much rarer.  However, my sense is we probably were not picking up some cases.  For young children there was a self-recovering MF like condition described but clearly that’s different.

One problem we have is that detailed reporting of new cases is not systematically captured centrally in many countries (UK included) and if we look in our own centres, such as GSTT, there is a skewing of data.

A: What age is the youngest patient you have seen?

C: This is the easiest of your questions Alice, I have heard of a young baby only a few months old, the youngest I have been involved in looking after was just 2 years old.

A: Do you encounter any differences in how MPNs present in younger age groups?  For example, is it possible to say whether they’re typically more or less symptomatic than in older patients?

C: That’s a great question.  Recently we have done an analysis across several EU centres of patients less than 25 years at diagnosis, and we found it was more common to present with ET then PV than MF for example.

The median age at diagnosis of MPN was around 20 years old, but proportionately young women were more frequent in ET and other MPN subgroups compared to PV (>75% vs. 48.1%).  Familial history was identified in 25/409 patients (6.1%) with 32 family members affected by a haematological diagnosis.

We noticed that young females especially had what we call triple negative ET (lacking a mutation) and that they had by far the best outcomes.

Interestingly thrombosis (blood clots) were still seen more in this group than in a literature review we had done and only just less than in the adult population, but they tended to be clots in the abdomen affecting for example the blood flow to the liver from the gut, portal and mesenteric veins are technical terms.

A: Is there anything distinct about MPNs in young patients?  For example, in terms of gene mutations, bone marrow, or blurring between ET/PV/MF?

C: As I mentioned above so-called triple negative ET is much more common and in fact has an excellent outlook.  We are planning some national work in this area to be sure everyone is making the diagnosis correctly.  Other distinctions are issues of management, for example being mindful of preserving fertility (not an issue for most treatments).

A: Have you or your colleagues seen an increase in the number of young patients being diagnosed with an MPN over time and if so, why do you think this might be the case?

C: This is a great question Alice… I would only have to give you my perspective due to data limitations.  Though colleagues in Sweden, where there is a really excellent cancer registry, did report an increase in recent times.  We have had just under 100 patients diagnosed under 25 years seen at GSTT in the last 10 years, but I think a younger patient is likely to be more often referred to us than an average patient shall we say.

Any increase if real I think is likely to be more frequent blood testing, better and more sensitive ways of making the diagnosis and remember, for example, we only found out about JAK2 in 2005, MPL in 2006, and CALR in 2013.

A: Do you frame your conversations about diagnosis and/or treatment pathways differently with young patients, and if so, why is this important?

C: Well, this is a very broad question, and it depends on how young is young and circumstances.  The information we put across will be the same, but we will always try to put it across in the context of the patient, with family member(s) present and a clinical nurse specialist.  For patients under 25 we would also involve the Teenage and Young Adult (TYA) team soon after this conversation.  Imparting this kind of diagnosis is not straightforward.

A: In your conversations with colleagues here in the UK and around the world, are there any topics or concerns typically raised by young patients and if so, how do you address them?

C: Yes, I think a joint concern is what the best management is and how we can minimize long-term toxicity from treatment (if needed) and where possible reduce the risks of disease transformation.  The best way to deal with this is to have the data from conducting research and to be carefully considered in your joint decisions.

A: Do you or your colleagues give young patients any general lifestyle advice?  Around diet or exercise, for example?

C: Yes, and it’s the same advice as for older patients – keep healthy, don’t smoke, keep your weight down, exercise regularly etc but as we all know these habits if acquired earlier in life tend to stick!  As you know in the TYA team for example there is a dietician and a psychologist as a healthy mind is also important and for young patients there can be a collision of diagnosis around life changes, such as going to university, leaving home etc.

A: What is the most exciting development you’re seeing in the MPN research and/or treatment field right now?

C: Well actually there are a few:

Immunome and its interaction with cancer – the way our immune systems respond to and interact with cancer, for example inflammation (an immune response is thought to be part of driving expansion of cancer cells as well as thrombosis).  So, if we can learn the patterns and how to modify it we can potentially make a big impact.  Immunome will also be important for example in vaccination strategies (not COVID) but vaccination against the MPN cells for example.

Pharmaceutical advances – so many new drug options are being developed so rapidly and come through the pipeline so fast now… An example in our field is the JAK inhibitor ruxolitinib which was in trials in 2007 just 2 years after we described the mutation.  It took nearly 50 years for that to happen in the related condition chronic myeloid leukaemia (CML – which was originally an MPN family member) where the genetic basis (Philadelphia chromosome was first discovered) and therapeutics took decades to come along.

A: Finally, what do you think should give young patients the most hope for the future?

C: There is so much hope for the future…  the global patient, physician, academic and pharmaceutical communities; we can always do better, but we really are so much more connected than we were a decade ago for example.  Then more than that is the rapid acceleration of science and the lens which allows us to focus across the spectrum of medical conditions.

A huge thank you to Prof Harrison for being my second guest on the blog.  I hope you enjoyed reading this month’s entry and that this conversation plays a small part in beginning to carve out an online space about young people and MPNs.

If you’re new to the blog, you can read my previous posts ‘About Me’ and ‘Q&A with… Gabor’ here: Young People and MPNs Blog – MPN Voice. Otherwise, I hope you stay well and please keep your eyes peeled for next month’s edition!

Thinking about and sharing an MPN diagnosis
January 18, 2022
About Us
Recent Posts
Go to Top